Interviews in a Pandemic - Emily 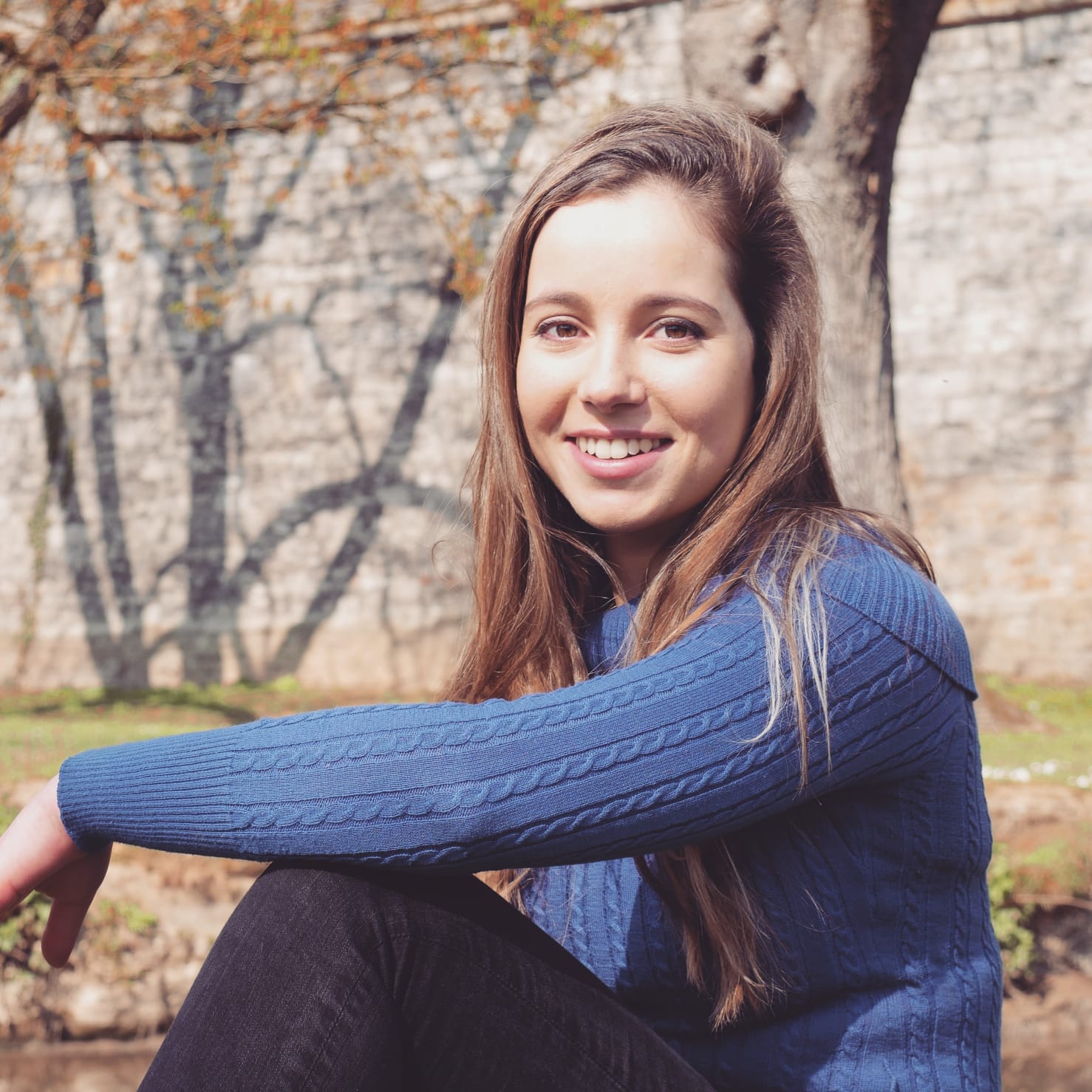 Life at an international university comes with the reality that a lot of students are a long way from home. Since the start of lockdown, we have been interviewing international students who chose to stay in Maastricht, asking why they made the decision, what their friends and family thought, and how they’ve coped in a foreign city in a pandemic.

Most of us were lucky to have the option to return to our mums home cooking. Imagine if you couldn’t because of your visa, your home countries health care system, or the cost of flights.

We were thrilled by the response we had as international students were so willing to talk, and by how even those in the hardest situations were staying positive. Below is our interview with Emily. 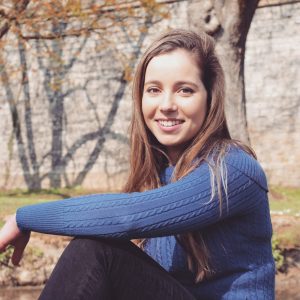 Good morning! Thank you for being interviewed for this mymaastricht project. Can you begin by telling me a bit about yourself.

Hi, my name is Emily, I am 23 and I am in my third year of studying arts and culture at FASOS. In the future, I want to go into creative writing for my career.

Where are you from? Do you view this country as home and do your parents still live there?

I am from South Africa, but my parents and siblings live in Singapore. I think I view Maastricht as a second but temporary home, but South Africa will always be home to me.

How often do you get to go back there?

Once every two years. But that’s also because sometimes its more economical for me to visit my parents in Singapore opposed to South Africa. We don’t have a home in South Africa anymore, but a lot of my family is still there. I never lived in Singapore, so its not home.

Why did you decide to study in Maastricht?

The year that I wanted to start studying in South Africa (2016) there were a lot of riots, and a lot of violence. I had taken a gap year and I had friends who did not take a gap year who were in university and their exams were being cancelled, classes cancelled, no one knew if they were allowed to finish.

A lot of people who had started in South Africa were looking to transfer abroad (obviously just those who can afford it) because the Unis were going through a crisis. I was advised to look abroad, so I decided to look at every English speaking country that I could but they were all so expensive.

Someone told me that in mainland Europe they teach in English, so a colleague of my parents recommended Maastricht. In the end it was the most affordable place to be an international student in an English speaking university, and the Dutch education has a good reputation. I’ve now been here three years, as I arrived in 2017.

Would you say you’ve settled in? Do you like your life here?

Yeah, I’ve settled in, but it took time for it to grow on me. For a long time I felt like a foreigner and it took me a while to find my rhythm but I feel very settled now. Outside of uni, I like to play sport with friends, do creative writing (I write for the FASOS magazine) and I also really enjoy going to church. I found a big community there which was really helpful. I’ve always been Christian and the Netherlands had a reputation for being very secular, so it was really nice for me to find a religious community here.

I also like travelling! In pre-corona times, if ever I can find a cheap ticket then I will go on adventures! I’ve gone on all kind of sketchy RyanAir flights to random places.

Did you ever think about returning home home at the start of the pandemic? What were the main reasons behind wanting to go home?

Yes, I did. I think when my housemates (all of whom are European, but not Dutch) all left, it hit me that I should maybe do the same thing. With Uni being online, my biggest reason for being in this country was no longer relevant. I’m at the end of my degree, so even if the lockdown lifted for September I wouldn’t be studying here. But to be honest, I very quickly deiced that I didn’t want to go home.

What were the reasons you wanted to stay in Maastricht?

The biggest reason was that in South Africa the only people I could stay with would be my grandparents, and they live in an elderly community and I didn’t want to risk their health. My cousin went back to live with my Aunt and Uncle who live in South Africa, so I there wouldn’t be space for me to stay with them.

My parents asked me if I wanted to go to Singapore to live with them, but If I go there I can only be there for 3 months before I have to leave again, and I wasn’t sure if the Netherlands would let me back in. I would have had to have come back to the Netherlands in May or June and I wasn’t sure if flights would be open. Because I am on a student visa and my visa lasts as long as I am a student, for me to come back I would have to prove I needed to be in the Netherlands, which was tricky because suddenly everything was all online.

I wanted to do the Zoekjaar Visa to stay and maybe find a job, and I knew that maintaining the prospect of keeping that visa was the most important thing and I couldn’t jeopardise that thing. For the security of my future in the Netherlands, it became safer to stay here.

I also didn’t feel like South Africa was a good place to be. I felt like the Netherlands is one of the best places to be at this time, seriously. In South Africa, we have the largest percentage of HIV, TB, and multiple other diseases in our population. Our entire country already has a very weak immune system. Our healthcare system is bankrupt, we don’t have equipment to cope with the diseases we already have let alone Coronavirus. This meant they have a super strict lockdown there, because the break out would be devastating.

There are also a large amount of people in poverty, in townships with 6 people to one room, where self quarantine is impossible. All of these things combined meant that South Africa was a sitting duck. The government brought in the army to try and control the population. They banned alcohol, they banned cigarettes, because they’re trying to stop people having a reason to socialise. You have to prove where you live, you have to prove you’re going to the closest grocery store. It was very intense. The fact that here, I can write my thesis, order books from the library, go for walks, see a few friends, I can go the grocery store and not be interrogated by the army, I feel much more comfortable. Here I have health insurance and access to a healthcare system that is miles ahead of my home country.

If I did go home, and stayed with family, I would have to somehow write a thesis sleeping on a couch, using a dining room table with five other people as a study space. All things considered it was better for me to be here.

What did your family think of your decision?

They were very understanding, and a bit disappointed I couldn’t go to Singapore but recognised that it wouldn’t have been smart for me to leave. My parents are hoping that the restrictions lift so I can visit them, but right now my visa is my priority. Once I have the zoekjaar visa I can live and return safely.

I don’t think its affected me too much in terms of my studies because I would have been writing my thesis anyway. Mentally its been a challenge because I now live by myself as all my housemates left, and I know I need social physical interaction or I’d go mad, so I had to find a way to get that but still be responsible. Figuring out the right amount was really tricky, I’d feel guilty for seeing someone but I know I’d go crazy if I didn’t. I was sick for two weeks and didn’t see anyone else and it almost drove me insane. I’m very extroverted and felt like I’d panic if I didn’t see people. I selected two friends that I’d see, we’d always maintain distance, I was trying to be as safe as possible. They’ve really helped me get through these times.

Whats been the toughest thing in lockdown so far?

Not knowing when I’ll see my family again. If I knew, I would feel much happier, I could put a timeline on it. It could be such a long time, and its really hard.

One thing I’ve struggled with is knowing exactly what is going on in the Netherlands. Even though there is an English version of the government website, the website is so confusing and the translation isn’t always good. The fines became kind of scary when it felt like the rules could be interpreted in different ways, so its been strange meeting up with friends and following the rules like staying 1.5 metres apart but still not sure if I’ll be told off by the police.

What have been the things that make you happy? 🙂

Zoom meetings with my Christian Uni church group (DRUM) have been keeping me happy, and also stuff like going to the park with friends (whilst social distancing!), baking stuff with friends (on different sides of the kitchen), and taking time to read for fun instead of for my studies. I’ve definitely had more time for spontaneous soccer games or skype calls with people I haven’t spoken to in ages. Connecting with people in whatever way you can has been my highlight.

What would you say to new students coming to Maastricht in September? Any advice to pass on?

Don’t make cliques with your own nationality. It’s such a trap to fall into and the greatest friendships I’ve made have all come from different continents than me. Make the most of the fact that you’re in such an international environment and embrace meeting people from different backgrounds and ideas!

Whatsapp
⬸ Back to media

We're here to help you

Did you see out of date or inaccurate information? Was there a broken link? Please let us know by marking the corresponding text and filling out this form. We will implement the changes as soon as possible.

If you need help with study-related questions, please turn directly to the International Student Helpdesk (given that you are a student at UM) or to the Student Service Center.

Are you an expat? The Expat Centre Maastricht region is here to help you!

Thank you for your feedback, you're the best! We will revise our information as soon as possible and get back to you in case of further questions.